Posted on November 3, 2011 by bernadetteinoz

I didn’t manage a lot of reviewing in October but was lucky enough to have a couple of 5-star reads which means Book of the month is a difficult choice so I’m not going to make it. Tom Franklin‘s Crooked Letter, Crooked Letter is an absorbing tale about two boys who grown into men, set in rural Mississippi it captures the languid pace of the location beautifully. Although in many ways it is a book that concerns itself with race and racism it isn’t consumed by those issues in the way that a polemic would be. My second 5-star read was Alice LaPlante‘s Turn of Mind which is about Jennifer White, a surgeon who is diagnosed with Alzheimer’s disease and is also suspected of the murder of her friend and neighbour. The crime element takes second place to the exploration of the progression of the disease and Jennifer’s attempts to maintain some semblance of control.

Other recommended reads from the month are:

Arnaldur Indriðason‘s Outrage starts out as the investigation of the murder of a young man but ends up as something quite different. It’s one of those storylines you can imagine happening in your own world (unlike the serial killers making suits of human skin variety of book), 4 stars

Barry Maitland‘s Chelsea Mansions is a very tightly plotted police procedural which investigates the murder of an elderly American tourist in London. It’s full of plot twists, interesting characters and fascinating details about an intriguing part of London . 3.5 stars.

The Gallows Bird by Camilla Läckberg is another enjoyable instalment in the adventures of Patrick Hedstrom, his soon to be wife and the slightly incompetent police force of a small town in south west Sweden. I like the combination of humour, personal lives and good old-fashioned policing. 3.5 stars.

Carolyn Morwood‘s Death and the Spanish Lady is the start of a new series set in Australia after the end of World War One. Melbourne is in the grip of a deadly flu pandemic but when one hospital patient is murdered nurse Eleanor Jones is determined to uncover the truth. The historical fiction aspects of this novel are excellent and the characters are enjoyable to meet, the crime is a little bit simple to solve but overall this is a very enjoyable novel. 3.5 stars.

Dan Waddell‘s Blood Atonement is the second book to feature genealogist Nigel Barnes who helps the English police solve a series of crimes that appear to have something to do with one particular family lineage. It’s a thoroughly enjoyable book with a nice mix of sweet moments and hard policing for the professional investigators. 3.5 stars.

Denise Mina’s The End of the Wasp Season was a bit of a mixed bag for me as I thought the story’s structure and individual characterisations were terrific but there was a bit of a stereotypical feel to ‘rich people are awful, poor people are good-hearted’ tone of the book. 3 stars. 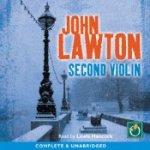 John Lawton‘s Second Violin is a sweeping epic set across the leadup to the Second World War and the first couple of years of the conflict. I did find it insightful about some issues, particularly the daft internment camps though I thought it a bit too ambitious in its scope. I’d have preferred it to focus on a few events in more depth whereas it seemed to me to cram all the major events and an example of every kind of war time experience into one novel. 3 stars.

Jussi Adler-Olsson‘s Mercy is a Danish novel telling the story of a difficult cop and his almost reluctant hunt for a woman who has been missing for 5 years. The book is funny and moving (sometimes at the same moment) and very compelling. 4.5 stars

The Man Who Went up in Smoke by Maj Sjowall and Per Wahloo. The Martin Beck books are considered modern classics of crime fiction and I’m slowly reading them in order. This is number two and sees the main character travel from his native Sweden to locate a journalist who went missing in Hungary. 3.5 stars.

Nicole Watson‘s The Boundary tells the story of the aftermath of an unsuccessful native title claim made by the Corrowa people of Brisbane. Hours after handing down his judgment with respect to the claim the Judge who presided over the case is murdered and it’s not long before Police focus on the people involved with the claim as suspects. It is a fine addition to the growing library of contemporary Australian crime fiction which examines our society intelligently and realistically while telling a ripping yarn. 4 stars 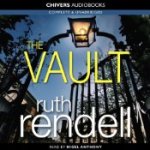 Ruth Rendell‘s The Vault uses a fairly unbelievable premise to get now retired Reg Wexford, formerly of Kingsmarkham police, back into an investigation but that aside it’s a nicely complex story which has something of a love affair with the city of London. 3.5 stars

S J Bolton‘s Now You See Me is a bit of a departure for this author, being her first police procedural. It’s major storyline involved someone copying the crimes of Jack the Ripper which left me a little cold I admit but it’s full of suspense as always with Bolton. 3 stars

I thought for a minute that Ashes to Dust by Yrsa Sigurdardottir had become mixed up with a Monty Python sketch when it started talking about the Cod War of the 1970’s but it was a real thing between Britain and Iceland. And people say crime fiction doesn’t teach you anything about the human condition. The book is funny and clever and it has a volcano. 3.5 stars.

Other happenings at the blog

Things were a bit quiet other than this, though I didn’t review Daphne DuMaurier’s Rebecca which generated a good discussion and I didn’t review Booker Prize shortlisted Snowdrops either. This one generated the nastiest (and most bizarre) email I’ve had since starting the blog. The silver lining to that cloud may be that I’ve learned a good Russian curse word but I want to check it out with a colleague who speaks fluent Russian before I start using it in impolite conversation.

My lone contribution to the SinC25 challenge was a post about genre busting female crime (or not) writers. Sorry Barbara, I’ll try to do better in November.

My review of reading apps available on the iPad is quite handy if I do say so myself, though I think there might need to be a part two in a couple of months.

What about you…was October a good reading month? Did you have a favourite book? Or did you acquire anything you’re itching to read? Any issue you need to get off your chest?